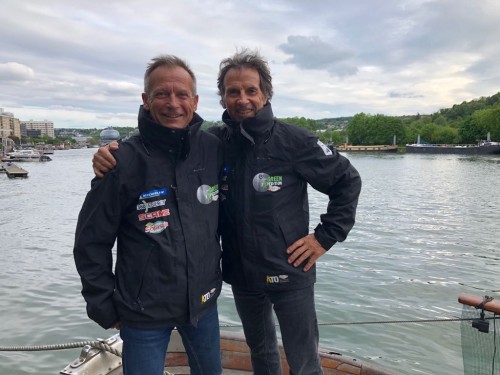 Éric Loizeau, born October 3, 1949, is a French navigator and mountaineer nicknamed "Le Captain". He is known for being one of the greatest skippers of the 1980s. Having changed his life to become a mountaineer in the 1990s, he climbed Mount Everest in May 2003. He is the organizer of the Mer Montagne Trophy. Already Race For Water's ocean protection ambassador, has agreed to sponsor The Green Expedition. The "Captain" thus confirms his commitment to the planet by stressing that:

"This expedition will highlight electric vehicles, a necessity in the world tomorrow".

Eric Loizeau (right) and Laurent Bignolas, committed together to the protection of the planet .